The coronavirus: A warning to care for our common home

The outbreak proves once again that we fail to learn from our history. This reality is not just limited to armed conflicts, political patterns, or social revolutions; it also applies to the way we treat our environment.
by John Leo Algo
Published Mar 17, 2020

They say that a crisis brings out the best or worst in people. This is now being put to the test as the world deals with the outbreak of the novel coronavirus.

But make no mistake about it; this dilemma is not just about human beings. As if the world needed another wake-up call, the message is clear: the global COVID-19 pandemic is the latest indicator of the need to protect our environment. (READ: Coronavirus outbreak slashes China carbon emissions – study)

Coronaviruses are naturally zoonotic, or transmitted between animals and people. It belongs to the same group of diseases as severe acute respiratory syndrome (SARS), of which an outbreak occurred in southern China from 2002 to 2003. It was discovered in 2017 that the SARS-causing coronavirus was likely transmitted from horseshoe bats to humans through intermediaries such as civets, which were being sold in local markets and restaurants.

Another coronavirus-related disease, the Middle East Respiratory Syndrome (MERS), was shown to have been transmitted to humans through dromedary camels. It was the cause of several outbreaks from 2012 to 2018, killing one-third of the diagnosed patients in multiple countries, including Saudi Arabia and South Korea.

Currently, there is uncertainty regarding from where exactly the virus originated. The World Health Organization recently reported that bats are its most likely sources. Others have alluded to the possibility of pangolins as a direct source of the virus, a notion that was recently disproven through genomic sequencing.

What this means for the environment

First, the pathways of the transmission of these diseases is a reflection of just how interconnected and complex our environment is. Specifically, the current challenges in determining the true source of the coronavirus indicate how vulnerable human communities are to potential threats to public health, especially if current environmentally-destructive practices continue. After all, it is difficult to resolve issues of this magnitude when we do not even know their origins.

Second, the outbreak signifies the need to obtain proper knowledge and understanding of the biodiversity that surrounds us and avoid endangering them even further. This is best exemplified by the pangolins, which some ecologists fear will be killed en masse due to previous speculations that they are a direct source of the virus.

According to the International Union for Conservation of Nature, 3 of 8 pangolin species are critically endangered, including the Palawan pangolin, an endemic species to the Philippines. Even without being targeted due to the outbreak, they are already under threat from poaching for medicinal, dietary, and spiritual belief purposes. In fact, pangolins are the most heavily trafficked mammals in the world, with an estimated one million pangolins being smuggled from 2000 to 2013. (READ: All hope is not lost for vanishing Palawan pangolin)

The loss of pangolins, the only known mammals to be covered in scales, could lead to significant disruptions of ecosystems worldwide. They contribute to improving the nutrient quality of the soil and provide habitats for other animals. They also help regulate populations of pests such as ants and termites; a single pangolin can consume up to 70 million insects every year. At a time when their conservation should be prioritized, misleading information could simply drive them (and other species) closer to extinction.

Third, the outbreak proves once again that we fail to learn from our history. This reality is not just limited to armed conflicts, political patterns, or social revolutions; it also applies to the way we treat our environment.

As Pope Francis eloquently puts in his encyclical Laudato Si’: “It is not enough, however, to think of different species merely as potential “resources” to be exploited, while overlooking the fact that they have value in themselves.” However, as seen with the coronavirus outbreaks, some people chose to treat nature as a property to exploit instead of simply respecting its dignity. And once again, many others are paying the price for the greed of a few.

Now that the world has been reminded yet again of how disregarding others, humans or otherwise, could directly impact its wellbeing, perhaps this might finally initiate a chain reaction that could break us out of our own self-destructive cycle. (READ: [OPINION] The Pope and single-use plastics)

Maybe global and local laws and policies towards biodiversity conservation would finally be consistently and strictly enforced. Maybe more people would be proactive in joining calls and actions on preventing these outbreaks from happening again. From now on, maybe the notion of protecting other life on Earth will become as imprinted in our consciousness as sanitizing ourselves for self-preservation.

Addressing the pandemic is not just a health issue, but also a commentary on how we regard our environment. Moving forward, we need to enact a genuine ecological approach that, per Pope Francis, “integrate[s] questions of justice in debates on the environment, so as to hear both the cry of the earth and the cry of the poor.” 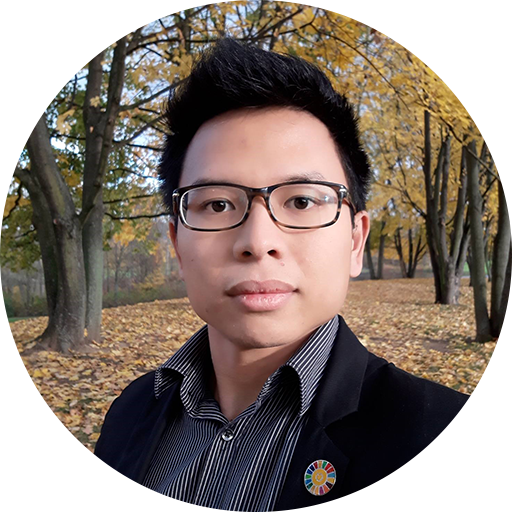